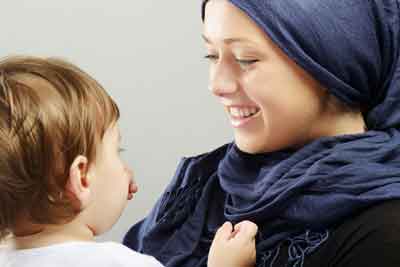 When I look back at what happened, I don’t know how I had the temerity to do what I did. I can only think that being a mother brings out the fierceness in you. You’ll do anything to protect your child, and I was in danger of losing my precious two year old daughter.

She had been having seizures which became more and more frequent. Sometimes, after she had stopped fitting, she would lay, still as death, in my arms, and I would wonder if she was indeed dead. Do you know what that feels like to a mother, to have your child die in your arms six or seven times a day? It tears you apart. I’d taken her to physicians and healers – even exorcists – but no one could help.

I had heard rumours of an itinerant healer who came from Galilee, not so far south from where I lived in Tyre, but with me being a Canaanite woman and he a Jew, my chances of meeting him were remote. Added to that, he almost never left Jewish territory (Tyre was in Philistine country), and how could I travel in search of him? I would be a lone foreign woman, with a sick child, and no money. No. I simply had to cope with what I had.

I seldom left the house, but one day my neighbour offered to look after my daughter while I went to the market place. It was a rare treat for me, but every minute I spent there I was acutely aware of needing to get back home as soon as possible. Then I saw a group of men at one of the stalls. One of them I took to be a Jewish Rabbi because of the prayer shawl he was wearing. Also he had the air of leadership. That, plus the presence of several men in his group marked him as a religious teacher accompanied by his disciples.

Could this be the man I had heard about? He fitted the description I had been given – young, about thirty – and obviously Jewish to the core. What was he doing here in Tyre? I didn’t have time to think too much about it. I had to grab this opportunity while it was in front of me. I knew it was risky. I didn’t even know whether this was even the healer I had been told about. And let’s face it, why would he listen to me, a foreign woman, Canaanite at that? We and the Jews had always been at loggerheads. Apparently it was written in their holy writings that many years ago, when they first came into this territory and claimed it for themselves, their leader, Joshua, had annihilated all the inhabitants of the land. I don’t think they ever got used to the fact that we still existed. So resentment simmered on both sides.

But I had to try. Just as they were turning away I knew it was now or never. I pushed my way through the crowd in their direction and shouted after them. “Have mercy on me, Lord, son of David; my daughter is tormented by a demon!” The Rabbi stopped and turned towards me, but made no answer. I could see his disciples urging him to dismiss me. It was clear that I was embarrassing them. But once I’d started, there was no going back, so I kept shouting, demanding his attention. He seemed to size me up for a time, then said, “I was sent only to the lost sheep of the house of Israel.” It wasn’t a rebuke, just a statement of fact. But he had deigned to talk to me, and that gave me courage. I dared to come closer and kneel at his feet.

In desperation I said, “Lord, help me!”

He replied quietly, “It is not fair to take the children’s food and throw it to the dogs.”

It should have been an insult, the sort that both our houses hurled at each other. But coming from him it seemed more of a gentle challenge to me, as though he was testing my resolution.

I stood my ground (where did such courage come from?) and found myself saying, “Yes, Lord, yet even the dogs eat the crumbs that fall from their masters’ table.”

He looked intently at me, and I held my breath. What would he do? Curse me? Simply turn his back and walk away? I didn’t think I could bear that. The silence only lasted a few seconds, but it seemed like an eternity.

Then he smiled and said gently, “Woman, great is your faith! Let it be done for you as you wish.” Then he turned and followed the others.

I was left kneeling there, weak with relief. Then my need to find out if what he said was indeed true kicked in. I leapt to my feet and ran all the way home.

I burst in the door to find my daughter in the arms of my neighbour, who was wide eyed with what seemed to be amazement.

“Just a little while ago….she was having another one of her fits…I went to pick her up and she just stopped! And it wasn’t like she was dead or anything like the times before. She looked at me and laughed, and then wrapped her arms around me. I can’t believe it!”

I reached for my child, who came happily into my arms giggling. I kissed her and she kissed me back! I turned us round and round and she laughed and laughed. I was beside myself with joy! I took my child and ran back to the market place to find the healer, but he and his disciples had gone, so I had no way of thanking him.

There have been no signs of seizures since that day. My daughter remains healthy and happy.

I often wonder what became of him, this healer. At worship I pray for him, and give thanks to God (of the Jews? Or ours? And does it really matter?) for his compassion that healed my precious daughter.

I also wonder how much my dogged persistence contributed to the healing. Would he have listened to me if I hadn’t had to shout and beg and speak so boldly? And if I had been one of his people, would I have had to shout so loudly? I have no real answer to these questions. What I do know is that here was a man who stayed when others walked away, listened when others were deaf to my cries, who cared despite our differences, who loved my daughter even if he had never known her, and who combined my crumbs of faith with his, and turned them into a feast.

I’ve heard a little of the Jewish story about the coming Messiah, and the more I think about it the more I wonder……