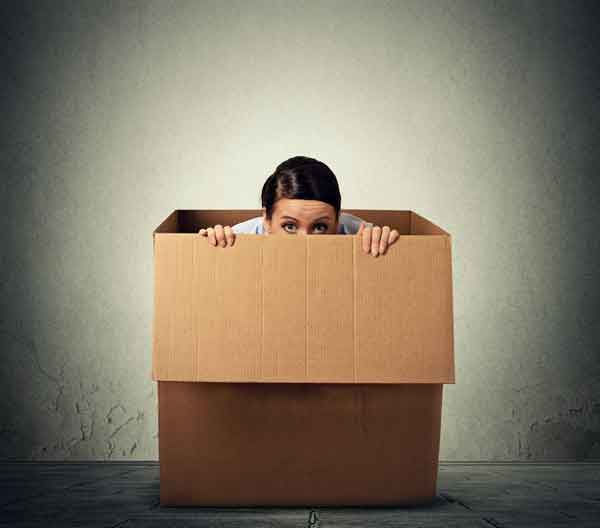 I had a reputation for keeping a tidy house. Everyone who knows me understood that, and admired my efforts. I believed fervently in my mother’s maxim; ‘Everything in its place, and a place for everything,’ and so was scrupulous about removing anything that interfered with the spotless ambiance of my dwelling – homosexuals (well, you know what the bible says about them!), prostitutes (need I say more!), divorcees (my marriage is sanctified by God), street people (why on earth don’t they get a job!), liberal pastors (wishy washy, like our parish priest) who just don’t understand the awesome gravity of God’s righteousness and hatred of sin…..and the list goes on.

I have a large box in the cellar into which I consigned all these people. It wasn’t a question of ‘out of sight, out of mind.’ In fact I and my little prayer group prayed for them fervently, that God will convict them, bring them to repentance and turn their lives around. This group met regularly in each other’s homes – all spotless like mine. We did have someone in the group for a while whose housekeeping skills left a lot to be desired, so we decided that, while she could come to us, we would rather not go to her. She eventually dropped out (I can’t think why), but seeing as she didn’t make the grade, I popped her in the box too, to be prayed for like the others.

My relationship with Jesus has always been good – after all, my home was his home, and I made sure it was worthy of his presence. However, there came a time when I could no longer hear his voice, or should I say, it was muffled. I thought I was simply going through a dry spell, and that it would eventually pass. But it didn’t. I became thirsty for him, and strained to hear his voice that seemed to come from a distance, and eventually was driven to follow it. I wandered around the house and finally realised that it was coming from the cellar, and, when I went to investigate, from inside the box.

I gingerly lifted the lid, to find the smiling face of Jesus.

I was flabbergasted. Then I realised that he wasn’t alone.

“Let me introduce you to my friends.” He put his arm around the shoulders of a young man. “This is Brian. When he was sixteen he was kicked out of home by his parents, after he had told them he was gay. He’s a great guy, and really talented. I reckon he’ll be a world class chef one day.”

He then called a young woman to him. I vaguely recognised her. “And this is Rosy.” He said. “You remember her – lives about four doors down from you.” Oh yes. I remembered her all right. Strange cars parked outside her house, day and night. I had my suspicions. “Do you know that Rosy was sexually abused as a young child by her father and uncles? It really messed up her idea of love. But I reckon with a bit of T.L.C. and lots of real, deep love she’ll be fine…… and this is Michael.”

This Michael was a man in, I supposed, his 50’s. “Michael,” Jesus went on, “was retrenched a couple of years ago. He lost his house, and his marriage broke up as a result. He’s been suffering mental illness, and has been living on the streets. But he has so much experience and is a great handyman. Ian and I are working together with him, and others like him, to help him find accommodation and some sort of work. By the way, Ian is my right hand man, a great person to have on team.”

Ian, whom I had blithely consigned to the box, was a very familiar face – my wishy washy parish priest. So why was he getting all the accolades?

As if he read my mind, Jesus said, “You know, Ian’s love for these people warms my heart. He is a reflection of me, and so we work well together. He really understands how battered these people are, and so tries to understand where they are coming from, and what to do to bolster their self esteem, so that they learn to believe just how precious they are to me. As a matter of fact, we’re just about to have a party, simply to celebrate being here. Would you like to join us? I’d love for you get to know them better.”

“That’s a pity. But if you change your mind, we’ll still be here.”

I fled up the stairs.

Once in the safety of my pristine, familiar surroundings, I paced around the house. I was unsettled. All my concepts of Christian living had been turned upside down, and I didn’t like it. Eventually I found myself in the kitchen, staring down at the sink in which I could see my face (yes, I even polished the kitchen sink). But the sight didn’t fill me with pride any more. It was some time before I realised that I didn’t want to see my reflection in the sink. I wanted to see it in the eyes of Jesus, the way I could see the reflection of all those people – in his eyes.

All sorts of things swirled through my mind. If I went to this party, would my housekeeping deteriorate to the point that I’d be like my lapsed prayer group friend, whom none of my friends would want to visit? If so, would they really be my friends? Would I be condoning the behaviour of Brian and Rosy and Michael, and relaxing my rules of righteousness? Then I wondered if they were only MY rules, and whether God even wanted strict rules and regulations, the sort that (I was discovering) got in the way of his love.

I stewed over the sink for a long time, until I became aware of sounds coming from the cellar. I couldn’t help myself. I crept to the top of the cellar stairs and listened. There was indeed a party going on there. I sat down on the top step and stayed there for what seemed to be an eternity, before plucking up courage to go down and join them.

It’s been a while since that party. And yes, my ‘friends’ have distanced themselves from me. But as a result of joining a conga line and dancing out of the box and up the stairs from the cellar and into my home, I now have a group of more interesting friends, who understood my confusion and pain at my loss – even though what I lost needed to go anyway – and loved me through it. My house isn’t as perfect as it was, but now it has a cosy lived-in feel about it, and a bit of mess every now and then is a small price to pay for the joy of being closer to Jesus and his friends.

I also went to visit the woman who failed my prayer group’s rigid housekeeping rules to apologise and ask her forgiveness. We now have coffee together every week in her lounge room.

And you know, she too has become a really good friend.

And I no longer even notice the mess.