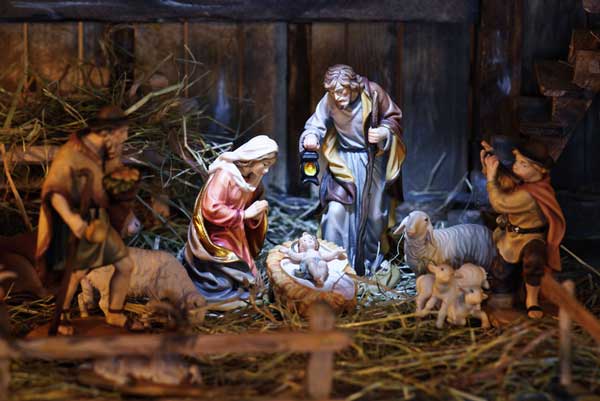 The letter that came over my desk was totally unexpected: “You are hereby advised that the Jesus, the Son of God, will be visiting your town this year on December the 25th.” The Son of God?

What an honour! As Mayor, my mind went into overdrive. Invitations had to be sent to all the people who mattered: the Premier, the Prime Minister – no, he’ll be out of the country.It’ll have to be his deputy – and don’t forget the bishops and religious leaders. And then there’s the advertising – got to have a big crowd!……so much to organise in so little time!

Come the day, all was prepared. We dignitaries gathered on a huge dais festooned with bunting. Our speeches were prepared, agonised over and word perfect. To top it off we had organised a sky show, spectacular fireworks to light up the sky and impress our guest, and fit for a king. All was in readiness, and a good crowd had gathered.

The appointed time came – and went. Our guest didn’t show. We waited…. .and waited.

Finally I reluctantly went to the microphone to apologise.

Before I could speak, there came a voice from the back of the crowd. “Excuse me, sir. I know where he is.”

I managed to make him out through a sea of faces. “And who might you be?”

“I’m a shepherd from the hill country, out there.” He pointed roughly in the direction of the road out of town.

“And you say you know where our guest is?”

I turned to my fellow dignitaries and said, “Should we trust him?” The Premier said, “He looks awfully scruffy.” The Bishop said, “He’ll probably take us to the cathedral, so it should be alright.”

In the end, we decided to go with him.

He led us out to the suburbs and beyond, out to the seedy area on the edge of town, where rusty utes and motorbikes littered the front yards. If that wasn’t bad enough, he led us down a garbage lined lane to a dilapidated shed. Beyond the rickety wooden door It took some time for our eyes to become accustomed to the gloom. When the Bishop fell over a goat we realised that we were in a stable. Some other other shepherds were there, as well as three clearly eminent men, dressed in rich, colourful robes.

I was torn between anger and curiosity……anger that all my wonderful plans had gone up in smoke, and curiosity, because I sensed that there was something here that needed exploration.

Curiosity won the day. Besides, I was somehow being drawn to the child. I crept over to the manger and knelt beside it. I couldn’t resist stroking his little face, and when he stirred and wrapped his fingers around my little finger – well, my heart melted.

It was a profoundly life-changing moment, as though I had found what I had always longed for, but never knew.

The others came to the manger one by one, except the Bishop. He never quite got over the humiliation of falling over the goat, and he left in a huff.

We followed him after a while. It didn’t seem to matter that our shoes were caked with animal pooh, or that bits of straw clung to our Armani Suits. The coming of what we would recognise as a great king, in pomp and ceremony, seemed to pale into insignificance.

We had found our dais replaced by dark, smelly stable; our bunting by straw; our fireworks by a bright star shining through the window and a flickering lamp throwing beastly shadows up onto the walls.

And as for our beautifully crafted speeches? They were replaced by ‘ooh’s’ and ‘ahs’

And somewhere in our silly, soppy sentimentality, this child crept into our hearts and made
himself at home.